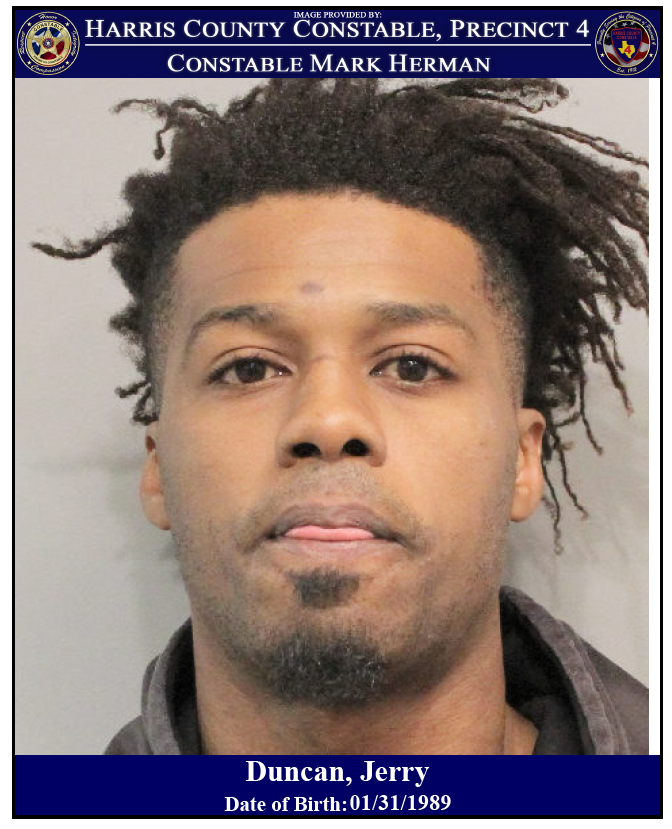 According to reports from PCT 4, on October 22, 2019, deputies with Constable Mark Herman's Office responded to the 19300 block of Midnight Glen Drive in Cypress in reference to a welfare check and possible family disturbance.Upon deputies arriving, they located a male and female who were in a verbal dispute inside the residence. They were both separated and the male refused to identify himself to deputies.He was later positively identified as Jerry Duncan and was found to have a Felony Warrant out of Mississippi for Family Violence Assault (Non-Extradition)."Jerry Duncan was arrested and booked into the Harris County Jail, charged with Interfering with the duties of a Public Servant. His bond was set at $100.00 out of County Court 15." -Constable Mark Herman
Reply
* Reactions disabled on political threads.
What are your thoughts? Log in or sign up to comment Log in » Sign up »
This discussion has been locked.
« Back to Main Page
Views: 1,428