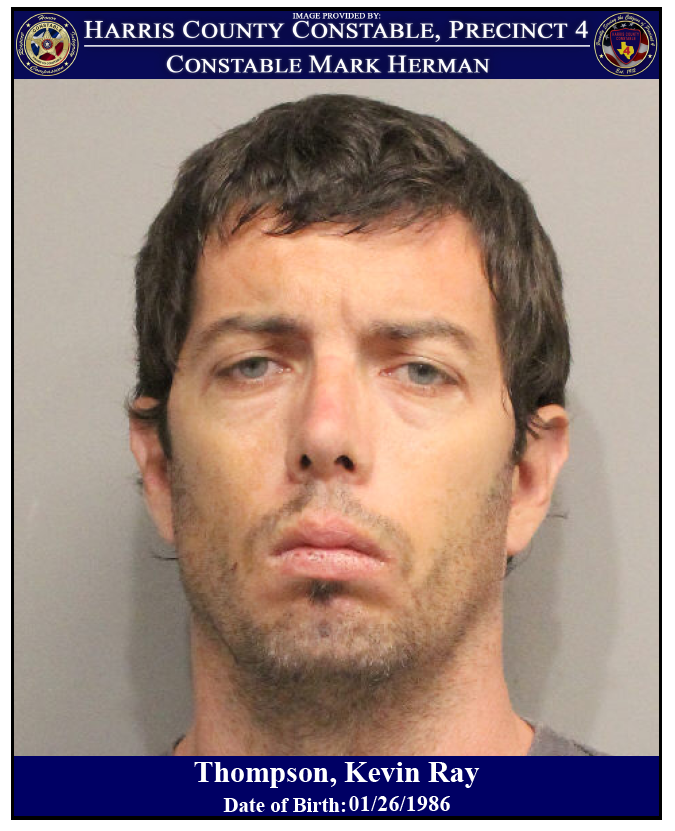 In May 2019, Constable Mark Herman's Criminal Investigations Division received a cyber tip in reference to a social network account with possession of child Pornography. While investigating the tip, images of Child Pornography were located within the social media account owned by Kevin Thompson. Constable Investigators interviewed him and he admitted to having child sexual exploitation images in that account. He was arrested and booked into the Harris County Jail. In September of 2019, investigators received a cyber tip indicating that he was accessing and storing child pornography despite his earlier arrest in May of 2019. After a detailed investigation, investigators confirmed he was currently in possession of electronically stored child pornography and a search and arrest warrant was granted. On October 17, 2019, Investigators from Constable Mark Herman's Criminal Investigations Division executed a Search and Arrest warrant for Kevin Ray Thompson at his residence in the 4400 block of Stonehenge Trail and was found to be the individual accessing on-line file storage containing child pornography. He admitted to investigators that he was distributing and trading child pornography electronically with other individuals, which allowed investigators to upgrade his charges from Possession of Child Pornography to Possession and Promotion of Child Pornography. "Kevin Thompson was arrested and booked into the Harris County Jail, charged with seven counts of Possession and Promotion of Child Pornography. His bond was set at $75,000.00 for each count, a total of $525,000.00 out of the 337th District Court." - Constable Mark Hermanwww.facebook.com/Pre cinct4/
Reply
* Reactions disabled on political threads.
What are your thoughts? Log in or sign up to comment Log in » Sign up »
Replies:
No replies yet
This discussion has been locked.
« Back to Main Page
Views: 1,819
* This page is available in the TownHub app. *
Open In App Get App Dismiss