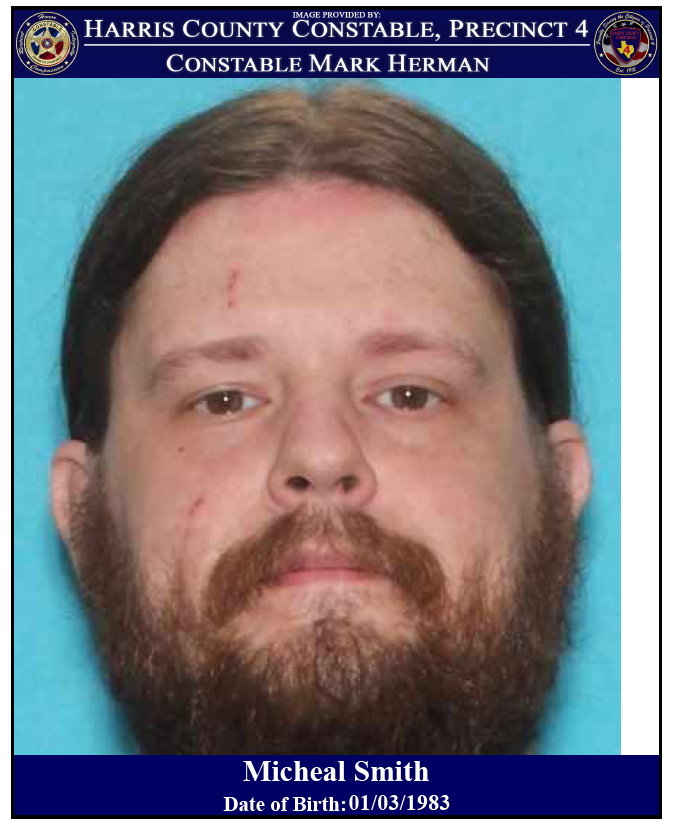 According to reports from PCT 4, on October 11, 2019, deputies with Constable Mark Herman's Office responded to the 13100 block of Louetta Road in reference to a one car minor accident. Upon deputies arriving, they located the driver of the vehicle sitting in a chair at a nearby business. He displayed signs of intoxication.For their safety, Constable Deputies asked the male to stand up to be searched for weapons before they began their investigation. The male refused to comply and reached into his pocket and threatened to stab one of the female deputies. He was quickly detained and identified as Michael Smith.EMS personnel arrived and transported him to a local hospital to be treated for minor injuries due to the crash. He was then released back into law enforcement custody."Michael Smith was arrested and booked into the Harris County jail, charged with Terroristic Threat Against a Peace Officer. His bond and court information have not been set at this time." -Constable Mark Hermanwww.facebook.com/Pre cinct4/
Reply
* Reactions disabled on political threads.
What are your thoughts? Log in or sign up to comment Log in » Sign up »
Replies:
No replies yet
This discussion has been locked.
« Back to Main Page
Views: 2,596
* This page is available in the TownHub app. *
Open In App Get App Dismiss