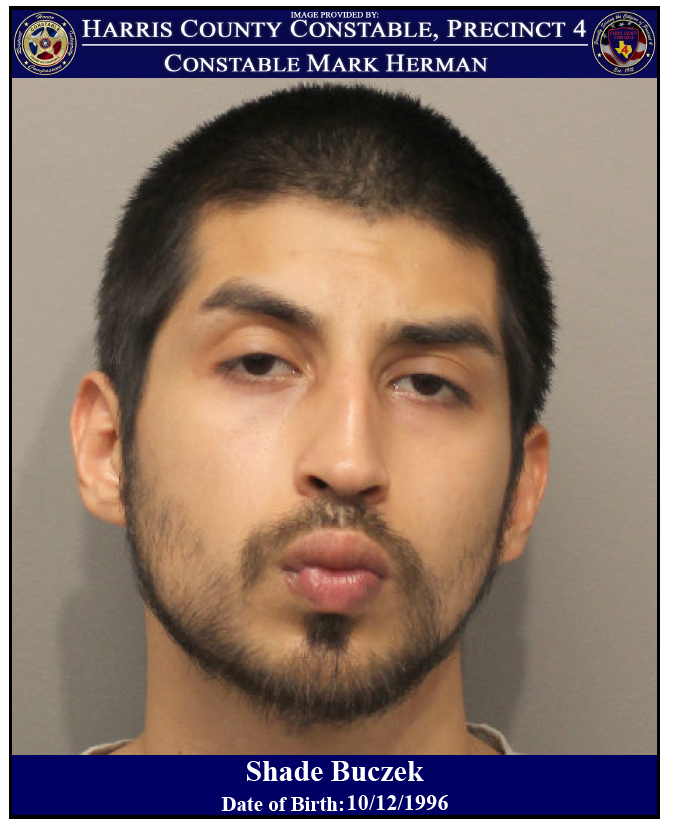 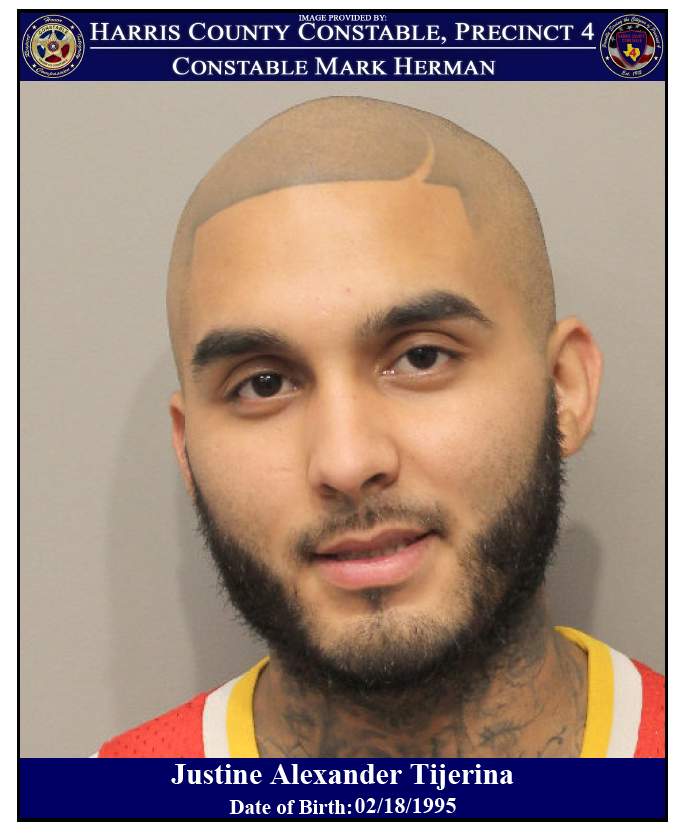 According to repots from PCT 4, on September 20, 2019, deputies with Constable Mark Herman's Office conducted a traffic stop on a vehicle in the 6100 block of the North Sam Houston Parkway. The driver exited the vehicle and fled from deputies on foot. The passenger was detained and identified as Justine Tijerina.Constable Deputies quickly set up a perimeter and the driver was apprehended and identified as Shade Buczek.Further investigation revealed that Shade Buczek had an open warrant for Aggravated Robbery with a Deadly Weapon that occurred in July 2019.Justine Tijerina also had an open warrant for a Parole Violation for an Aggravated Robbery with a Deadly Weapon case that occurred in July 2012 and was recently arrested for Driving While Intoxicated by a Precinct 4 Constable Deputy on September 12, 2019."Both suspects were arrested and booked into the Harris County Jail for the Felony Warrants. Shade Buczek was also charged with Evading. They each received No Bond and are currently still in jail until their next court date." - Constable Mark Hermanwww.facebook.com/Pre cinct4/
Reply
* Reactions disabled on political threads.
What are your thoughts? Log in or sign up to comment Log in » Sign up »
Replies:
No replies yet
This discussion has been locked.
« Back to Main Page
Views: 224
* This page is available in the TownHub app. *
Open In App Get App Dismiss