~ 5 mos, 16 days ago   Sep 05 2019, 11:31am
For Kaitlyn Eaton, her dream of reaching the highest stage in women's wheelchair basketball finally became a reality, as she and her 11 teammates who comprise Team USA were victorious over Argentina at the 2019 Parapan American Games in Lima, Peru. The semifinal win Aug. 29 guaranteed a top-two finish for the United States and a spot in the Paralympic Games next year in Tokyo. 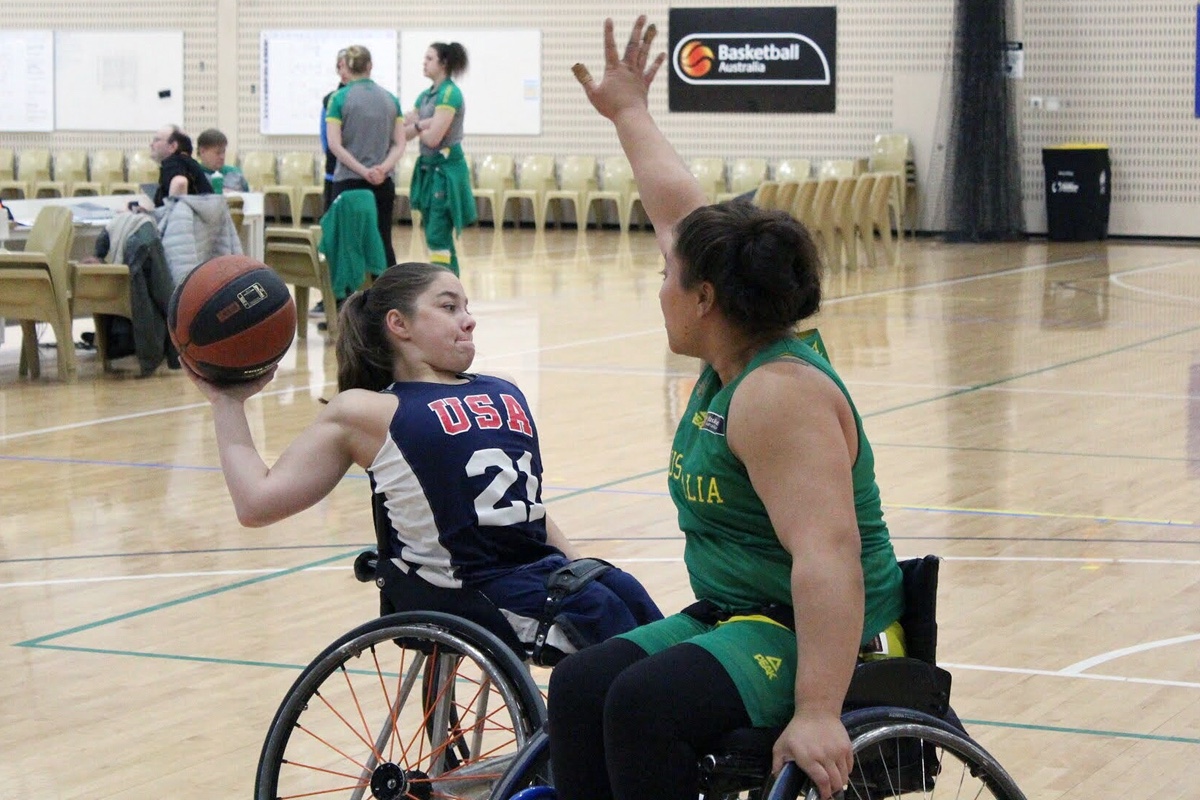 www.cfisd.netMaking the achievement even sweeter for the Jersey Village High School alumna was knowing where she was just two years prior."I thought about quitting basketball and didn't really want to do it anymore," said Eaton, who missed the cut for the national team for the third consecutive year in 2017. "I just didn't see the point. I had been working for so long and for it not to come together was very disappointing for me."Eaton, who graduated from Jersey Village in 2012 before attending the University of Illinois, was born with sacral agenesis, a rare birth defect that affects the development of the spine. She attended Reed Elementary School and Dean Middle School before graduating from Jersey Village.
She began playing basketball in 2010 as a sophomore, joining the TIRR Memorial Hermann Hotwheels."Jersey Village was super supportive," Eaton said of the school working with her competition schedule and other logistics, and even holding a signing ceremony in 2012.She earned a scholarship to play at Illinois and now serves as an assistant coach while she works on her graduate degree in social work/healthcare.Eaton tried out for the national team in 2013. Her plan wasn't really to make the team but instead to put her name on the team's radar for down the road."Weirdly enough, I made that team," Eaton said. "It was very much a development year for the team. In that time, I realized I had a lot of work to do because I was very raw."The work didn't translate to the national stage - at least not right away.One missed opportunity led to another. In 2016, Eaton went into the tryout hopeful but not overly confident as much of the team was already solidified."I didn't make it but it wasn't a heartbreak," said Eaton, who was eyeing the team's next four-year cycle that culminates with the Tokyo games next August and September.She went into the 2017 tryout confident and ready. The result, however, was all too familiar."I ended up getting cut and it was probably the most devastating thing I've been through," Eaton said.Ready to give up, Eaton caught a break that changed her entire course in the sport. Someone on the team couldn't continue, so Eaton was asked to be an alternate."As much as I wanted to walk away and be done with this sport, I still loved it," she said. "So them calling and saying I had another chance, that was really, really hard to say no to. It's something I look back now and am happy that I went through."I went into that year thinking I deserved to be there and they should give it to me. It was very humbling."She joined Team USA and competed in the 2017 Americas Cup in Cali, Colombia. Eaton averaged 11.5 minutes per game as the national team finished second to Canada."That was my turning point," Eaton said. "I decided then that this was something I really wanted and I was going to work really hard to make sure that I never put myself in that position again to be cut. So I've been working really hard since then." 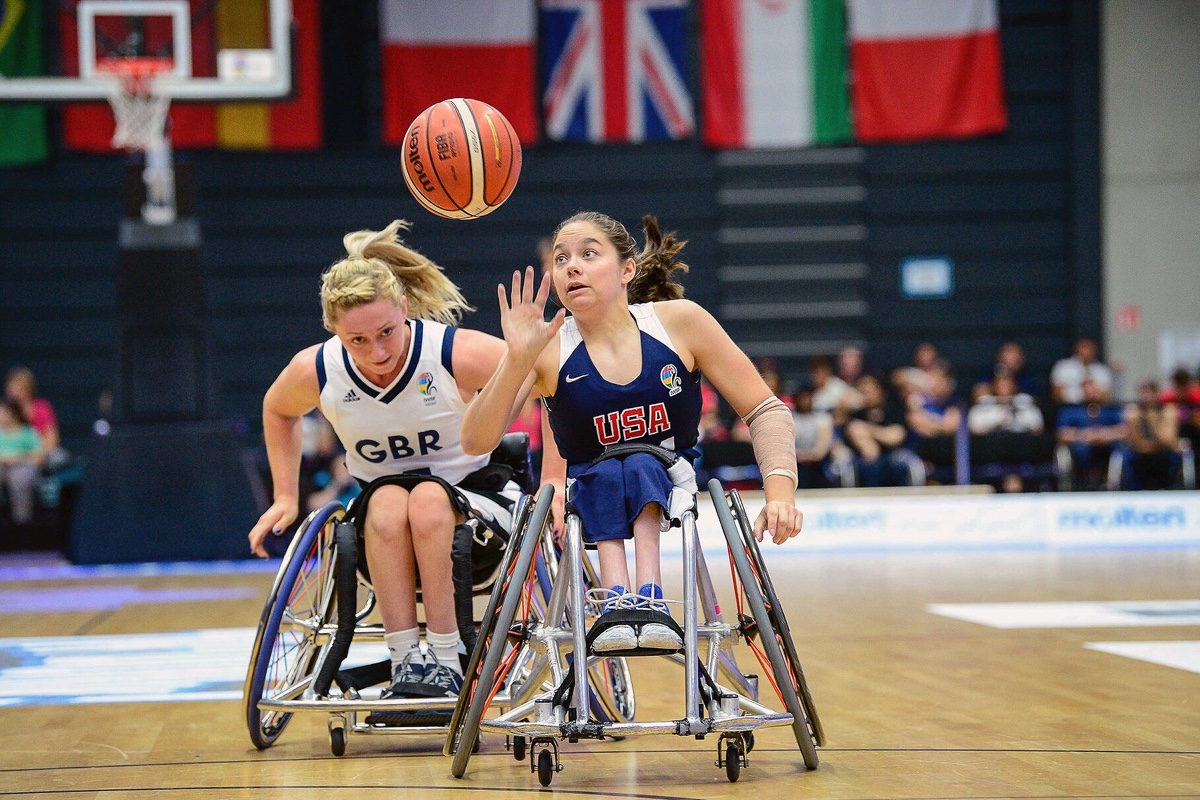 Whenever she's in the Houston area, Eaton finds time to get over to the Metropolitan Mutli-Service Center, the city's facility for people with disabilities. She takes hundreds of shots and works on her bounce passes.Team USA struggled at the 2018 Wheelchair Basketball World Championship in Germany, placing sixth. A much-needed improved showing in Peru would set the stage for the Paralympic Games. That spot was solidified in the semifinals.Eaton played in all five games, scoring six points in the 82-24 win over Argentina."Playing for Team USA-it's an honor and something I've been working to do for a while," Eaton said. "To get that chance to represent the United States, go overseas and compete with 11 of the best other women in America, you couldn't have asked for a better experience than that. Being involved in this community-whether you think about basketball or not-changes your outlook. I see people doing things I never really thought I could do. I get to travel the world and it has opened up more doors than I could even explain." 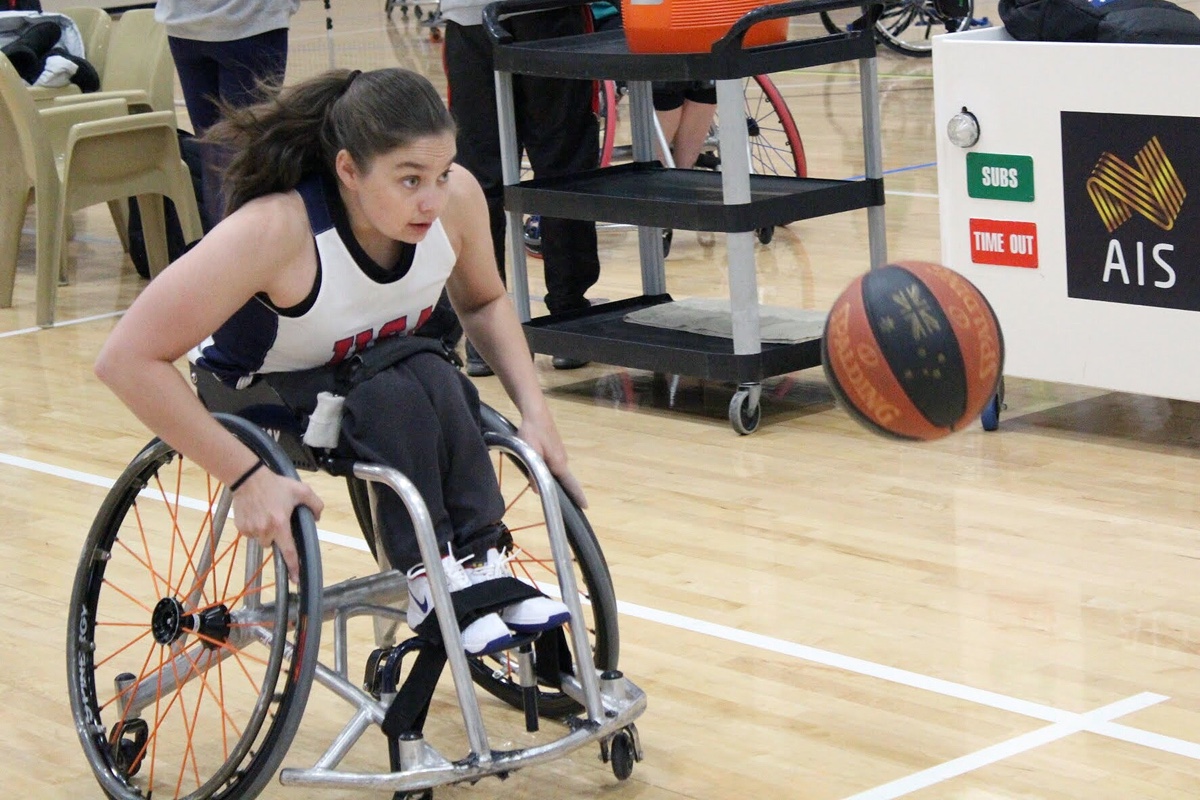