Man Tries To Run Over Neighbor Setting Off Fireworks

Man Tries To Run Over Neighbor Setting Off Fireworks 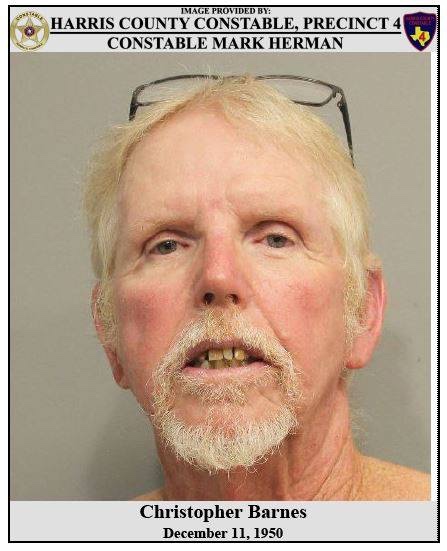 According to reports from PCT 4, on July 4, 2019, deputies with Constable Mark Herman's Office responded to the 11200 block of Doric Court in reference to a Disturbance type call.Upon deputies arriving, the complainant stated that he was in the cul de sac lighting fireworks for his family when he observed his neighbor, Christopher Barnes get into his vehicle and accelerate quickly towards him. The complainant was able to move out of the way and run towards his driveway where his family was, but the suspect swerved the vehicle towards him as if he was intentionally trying to strike him.The suspect then steered the vehicle away from the complainant and his family and began to do donuts in the cul de sac. He then lost control of the vehicle and almost struck the complainant once again. The suspect then parked in his driveway and yelled out, "now this is how you party". "Christopher Barnes was arrested and booked into the Harris County Jail, charged with Aggravated Assault with a Deadly Weapon. His bond was set at $30,000.00 out of the 232nd District Court." - Constable Mark Hermanwww.facebook.com/Pre cinct4/
Reply
What are your thoughts? Log in or sign up to comment Log in » Sign up »
Post a comment »