Mom Kicks Son Out Of Car For Spilling Food

Mom Kicks Son Out Of Car For Spilling Food 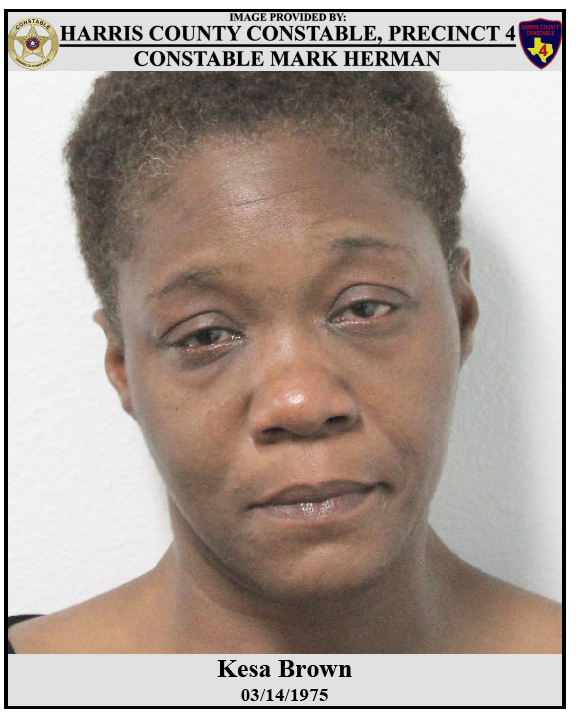 According to reports from PCT 4, on June 8, 2019 deputies with Constable Mark Herman's Office responded to the 2500 block of the North Sam Houston Parkway at Veterans Memorial Drive in reference to a ten year old juvenile walking alone under the overpass of the North Sam Houston Parkway during heavy traffic time. Upon deputies arriving, they searched the area and located the child near a local gas station walking alone. Constable Deputies spoke with the juvenile, who advised that his mother made him get out of the vehicle after he accidentally dropped food in their vehicle. While walking, the juvenile stated that his mother left the location leaving him alone on the roadway.After approximately an hour, Constable Deputies located and identified the mother as Kesa Brown. Deputies asked why she never contacted law enforcement regarding the incident involving the juvenile, she advised it was because her Texas Driver's License was invalid.Constable Deputies contacted Child Protective Services and advised them of the facts of this case. The child was released to a guardian who was arrived on scene. Further investigation revealed that she is currently out on bond from a previous case involving the same juvenile. "Kesa Brown was arrested and booked into the Harris County Jail, charged with Child Endangerment. Her bond was set $15,000.00 out of the 178th District Court." - Constable Mark Hermanwww.facebook.com/Pre cinct4/
Reply
What are your thoughts? Log in or sign up to comment Log in » Sign up »
Post a comment »