Being selected as just one of the 25 students across the country, Jersey Village High School junior Kaleb Velez earned a spot in the PBS Student Reporting Labs Academy, an all-expenses-paid experience from June 22-28 in Washington D.C. 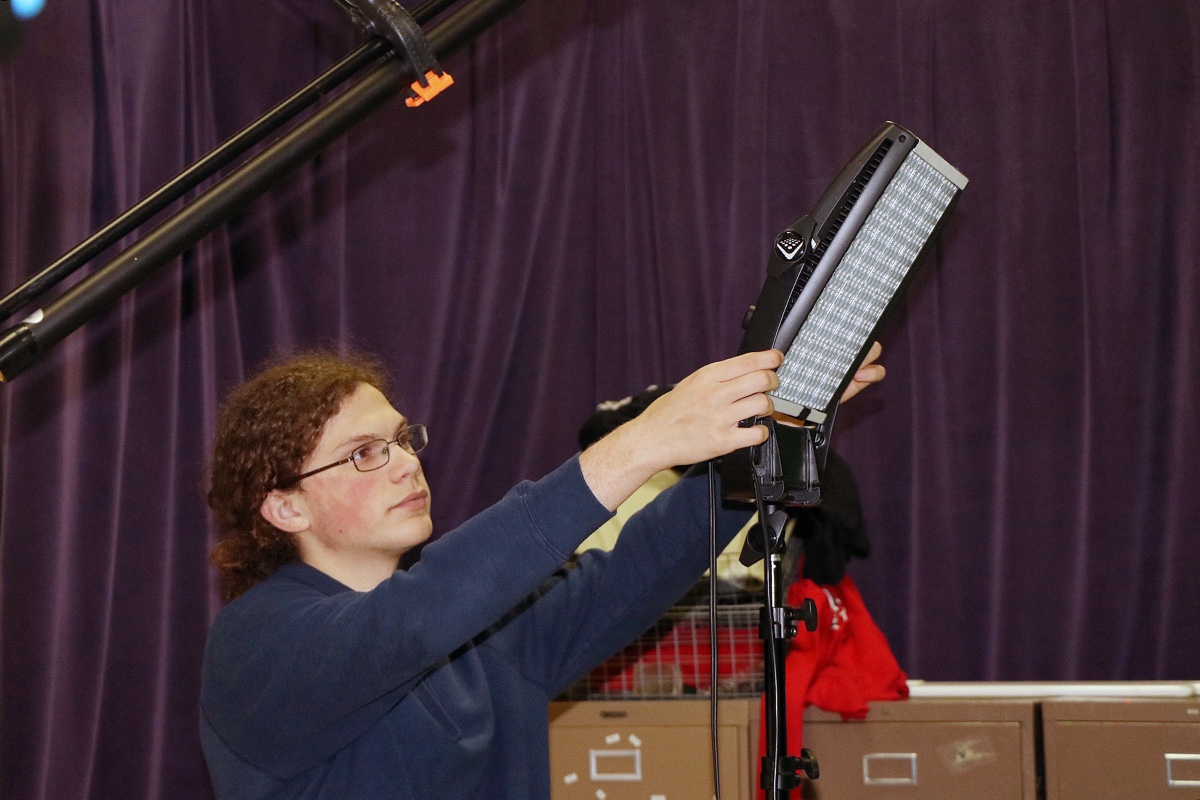 www.cfisd.netThe academy helps give an opportunity to student journalists to build critical-thinking, problem-solving and communication skills. Velez will work alongside public media mentors to produce original digital content.Velez is in his first year with the Jersey Village Television (JVTV) student reporting lab and serves as the student director. He has directed two episodes of What's Up Falcons, filmed sports packages for CFISD Cinema's sports show, Beyond the Score, and created a professional promotion for Jersey Village English teacher Holly Charles. Velez has also worked many football, basketball, volleyball and baseball games, while also directing and filming nationwide PBS packages.He also organized and set up Jersey Village's annual Fine Arts Festival and filmed the Gold Duster spring show."He is one of the strongest leaders I have ever worked with," said Brandy Milson, Jersey Village video production teacher. "Velez is always the first to volunteer to work events or learn new skills. He is an excellent teacher and mentor to other students, and he is very dedicated and passionate."As part of the application process, Velez was asked to submit a video showcasing his personality while his work was reviewed for frame, composition and editing skills."I think that a lot of people are often too consumed with capturing the big stories," Velez said. "They want to catch the next Watergate scandal or the next big thing. I think that often the stories that are just as important to us individually are the stories about everyday ordinary people, because those ordinary people aren't often ever ordinary. They do amazing things and I feel I am more interested in that and I feel that sets me apart from others."Excited to return with a new perspective and knowledge, Velez has great hopes for the future."I am ecstatic to learn more about journalism and different techniques on reporting a story," he said. "I feel pretty lucky that they gave me this opportunity and let me into the program."
Reply
* Reactions disabled on political threads.
What are your thoughts? Log in or sign up to comment Log in » Sign up »
This discussion has been locked.
« Back to Main Page
Views: 124